From the team at Gardeners' World Magazine 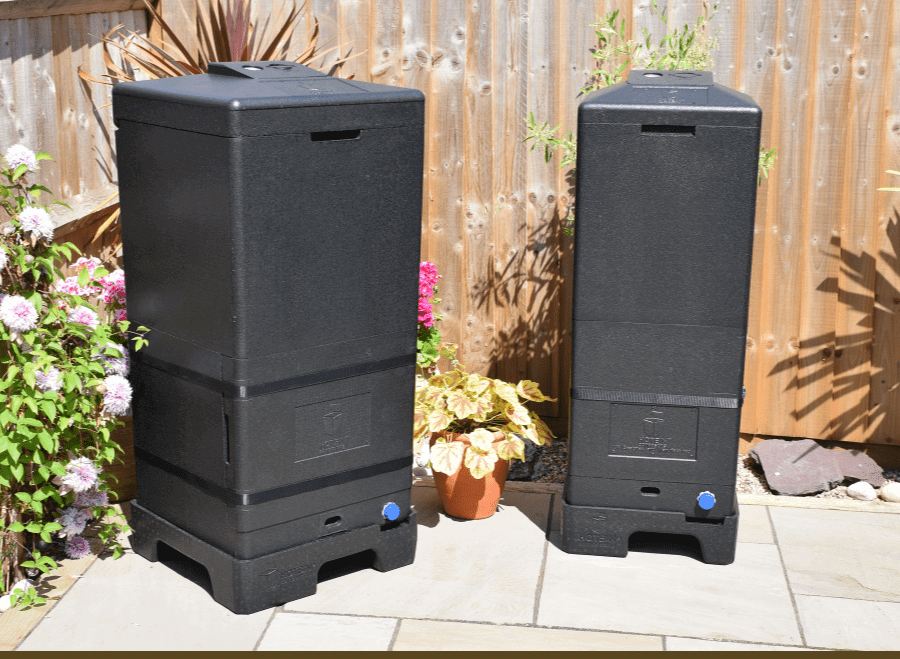 How to turn more of your home waste into rich compost

HOTBIN Composting can help you be more sustainable, send less waste to landfill and produce compost at home in just a few months

Making small, sustainable changes throughout the home can be surprisingly satisfying. And while you no doubt make the effort to recycle as much as you can every single day, there’s always a certain amount of household waste that you have no choice but to send to landfill.

You may already take advantage of composting to cut down your waste and enrich your garden, but there are still limits on what you’re able to use, and it can take a while to reap the benefits. But that's where HOTBIN Composting comes in.

This home composting solution comes with many sustainable benefits and can even save you money, as the clever hot composting technology will help you produce compost quicker, meaning you won’t have to buy as much from the garden centre. What’s more, homemade compost can often be better at improving soil quality and plant yields, meaning it might just save you a few trips to the supermarket, too. 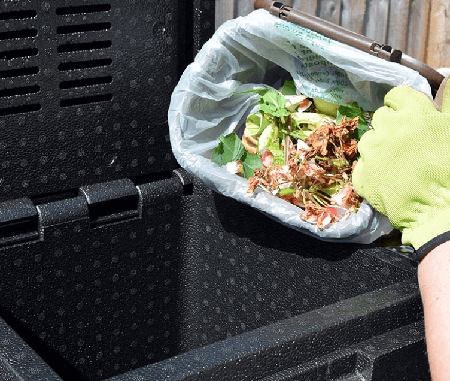 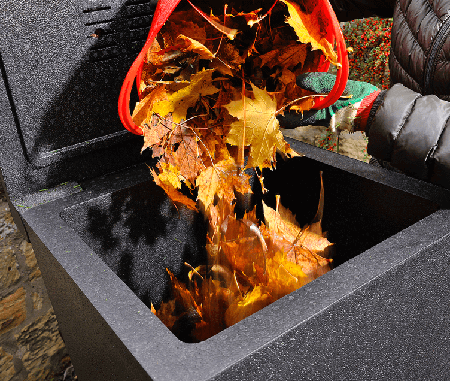 It takes HOTBIN’s composters between just 30 and 90 days to produce compost from your household food and garden waste. Unlike most traditional home composting systems, the HOTBIN allows you to compost many more types of waste, including cooked food, meat, small bones and perennial weeds. Perhaps most impressively, you can even compost cardboard and shredded paper, which isn’t always accepted by local authority recycling collections.

In the past, attempting to compost these sorts of materials may have led to strong odours, attracted unwanted visitors and leftover waste that wasn’t broken down efficiently if the compost pile wasn’t hot enough. HOTBIN, however, heats waste so efficiently that its users have been shown to individually compost 5kg of waste a week diverting 260kg each year from landfill.

This also reduces our reliance on pre-made compost featuring peat, which can be environmentally harmful, as peatlands are valuable ecosystems that are home to a wide range of wildlife and naturally store harmful carbon. With the usage of peat set to be phased out in 2030, home composting with HOTBIN is the most sustainable way forward.

HOTBIN Composting products are designed and manufactured in the UK, and they’re made using no CFCs or HCFCs, the production of which produces a large amount of greenhouse gases. In fact, the bin itself is made from recyclable expanded polypropylene, consisting of 96% air and just 4% raw material, making it extremely resource efficient.

HOTBIN is a hot composter, reaching a temperature of 40-60c with regular feeding which produces mulch in 30 days and rich compost in 90 days. This is 32 times faster than traditional cold composting methods.

Heat is produced by natural bacterial activity inside the HOTBIN as a by-product of decomposition, with no external heat source required. The insulating walls lock in the heat, allowing the temperature to rise.

High temperatures mean that waste types that wouldn’t be added to a traditional cold compost system can be composted, including meat, small bones, cooked food waste and perennial weeds.

Fully sealed with a base, the built-in odour filter minimises the attraction of pests to the compost site, while a thermometer in the lid allows you to monitor the temperature inside.

HOTBIN is a continuous composter with a simple process. Chopped waste is added into the top of the HOTBIN and compost is removed from the hatch at the bottom. Add in shredded paper or cardboard to help control moisture levels and woody material to aerate the process and keep the HOTBIN composting aerobically.

Liquid fertiliser can be harvested from the tap at the bottom of the HOTBIN, which is made even easier when used in conjunction with a HOTBIN Plinth. 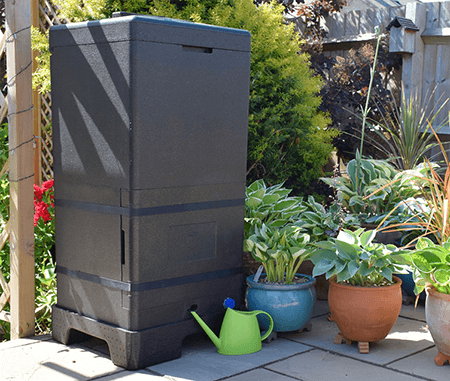 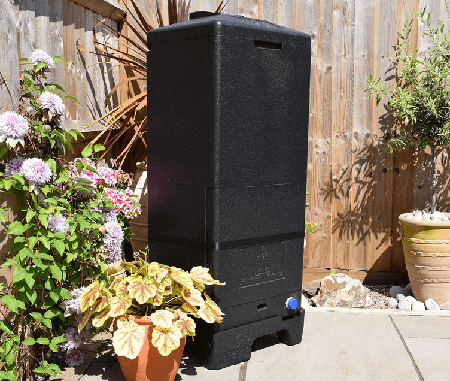 HOTBIN is made in the UK and available in two models, one suitable for large gardens and one for small. The HOTBIN Mk2 200 ltr (RRP £270), was awarded the BBC Gardeners’ World Magazine Best Buy Compost Bin in 2021, and the HOTBIN Mini 100 ltr (RRP £200), was awarded the RHS Chelsea Garden Product of the Year 2019. So, all that’s left for you to do is work out which is the right one for you and get composting!

Ready to purchase your HOTBIN?